Home » The Association of Plastic, Reconstructive and Aesthetic Surgeons of Southern Africa

The history and development of our society

The Association of Plastic, Reconstructive and Aesthetic Surgeons of Southern Africa 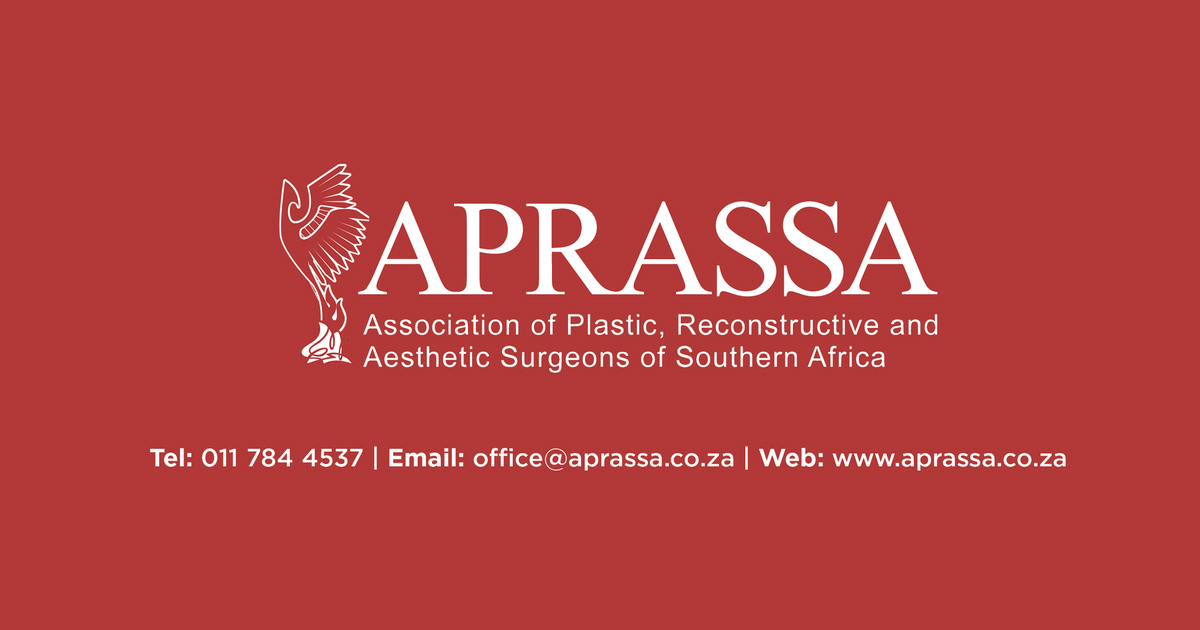 Dr Chris Snijman has served on the Executive Committee of The Association of Plastic Reconstructive and Aesthetic Surgeons of Southern Africa (APRASSA) for the past 12 years, and was the President of APRASSA from 2016-2018. I am pleased and honoured to acquaint you with the history and development of our society.

The genesis of APRASSA was in 1956 when six registered plastic surgeons convened at the Brenthurst Clinic in Johannesburg to form an Association of Plastic Surgeons of South Africa. Dr. Jack Penn, the senior surgeon, had returned to South Africa in 1941 from England where he had worked with Sir Archibald McIndoe at the Queen Victoria Hospital in East Grinstead, Sussex doing pioneering work in the treatment and rehabilitation of Royal Air Force pilots who had been burnt during World War II. This led to the phoenix rising out of the ashes becoming the logo of our Society.

At this meeting, Dr. Penn was elected as the first President, Dr. Dennis Walker, Honorary Secretary and Treasurer and Dr. James Cuthbert was tasked with drafting our constitution. By 1962, we had ten full members of the association and well-established teaching units in all of the major centres in South Africa. It was during this year that we achieved recognition as a group by the Medical Association of South Africa. From these humble beginnings, our association started its explosive growth to its present-day membership of 162.

South Africa is a truly unique country with tremendous cultural and fiscal diversity. This is reflected in the spectrum of plastic surgery practised in our country that ranges from technically demanding microvascular reconstruction to high-end aesthetic surgery in the major urban centres. Our members undergo a rigorous standardised training program of a minimum of four years of plastic surgery residency in a recognized teaching facility, following which they are eligible to sit for the College of Plastic Surgery examination. Should the candidate be successful in this endeavour, he or she is then able to apply for membership to the association. In this way, standards are maintained from a grass roots level. In addition, we have a very strong peer review and ombudsman system in place. This allows for continued monitoring of our standards and, should a problem be identified, corrective measures are rapidly implemented.

Affiliations and mentorships are common in our country, with the older surgeons being more than willing to disseminate their knowledge and experience to their younger colleagues. Despite being a relatively small and highly competitive community, we are a cohesive and tightly knit group.

Our hospitality and enjoyment of life and the great outdoors is infectious and our regular overseas guests, who are invited to attend our annual association and ISAPS congresses, will attest to this.

We look forward to ongoing interactions with all of you in the future and to welcoming you to our beautiful country.