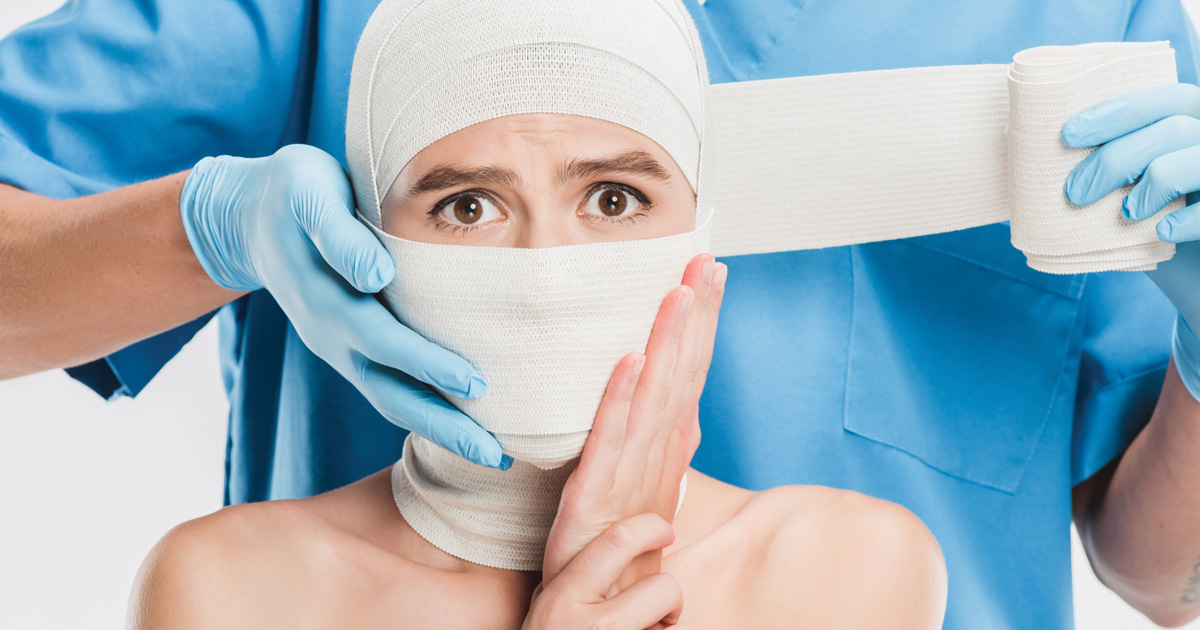 The falling rand and the top-notch quality of health care means SA has become a plastic surgery hotspot.

But it has also opened the way for operators who are not trained to do such work.

Draped in a purple blazer with multicoloured patterned socks peeking out from beneath his trousers, Dr Chris Snijman evokes the image of a beloved Roald Dahl character.

Only, unlike Willy Wonka, his day job does not involve managing Oompa-Loompas and lining the pockets of the nation’s children with chocolate. He is a creative and strange genius of another kind.

Still, a golden ticket to his factory could save you from the ridicule that may come from being born with a cleft palate or having your ear sliced off in an accident.

Snijman mends gaping holes, reattaches limbs and can even construct a penis from your forearm. He is a magician of the anatomy, waving his wand over South Africans from his Sandton plastic and reconstructive surgery practice.

Though popular opinion has it that his field of medicine is only the playground of the rich and famous, he says that isn’t so.

“Forget the Hollywood hype,” says Snijman. “The discipline of plastic surgery selects the surgeon to do it, not the other way around. To do what we do requires someone who is quite happy with his own company. A lot of our work is done alone in the early hours of the morning. It’s a very lonely speciality.”

“[It requires] an inordinate amount of patience and perfectionism. We will take out a stitch and redo it and redo it until it’s perfect, because our work is on show. You can’t hide our mistakes,” he says.

But the fact is, plastic surgery is so heavily in demand that a thriving industry of medical tourism has been built up around it — in which individuals from overseas head to SA for cosmetic procedures. In many cases, they buy medical surgery “packages” — including a five-star safari on the side.

Snijman tries to avoid these patients. “Your medical tourist — by and large — is not looking for quality. They’re looking for a bargain. It’s a middle to low-class individual. This year they will have their eyes done in Poland. Next year things are looking good in Australia, so let’s go and have our liposuction there.”

There is another untold story, however, and that is a rash of general practitioners doing cosmetic surgeries — which they aren’t trained to do.

On this point, Snijman becomes passionate, describing it as a “bastardisation” of his profession. As the president of the Association of Plastic & Reconstructive Surgeons of Southern Africa (Aprassa), he would know.

It ends up here because patients who don’t get the go-ahead from licensed surgeons often opt for this route. And the results can be disastrous: breast augmentations end up in disaster; liposuctions are a mess. And Snijman and his colleagues end up having to clean up that mess.

“If you are not a recognised member of our association and you do not have the prerequisite qualifications you shouldn’t be touching patients.”

Aprassa has about 158 registered plastic surgeon members, which account for more than 98% of licensed surgeons in SA. He says a large part of Aprassa’s work is to monitor and report phony surgeons and create awareness for the public.

Snijman considers plastic surgeons the “fix-it” artists of medicine, as he demonstrates how a penis shaft can be constructed with tissue from a person’s forearm, and digs into a display of breast implants and other simple prosthetics.

He is drawn to facial aesthetic work. “The most life-altering surgery that I’ve done would be cleft, lip and palate surgery. Reattaching body parts and restoring form and function is tremendously rewarding.”

Snijman explains why it is so important for patients to consult licensed plastic surgeons, detailing just how painstaking it is to qualify as a bona fide cosmetic surgeon.

The mini library in Snijman’s office drives his point home. It is a step up from the typical collection of journals you generally see in the rooms of a general practitioner.

“Once you actually enter plastic surgery, you already have substantial experience in most forms of surgery. There’s very little that a plastic surgeon can’t do, if put to the test.

Rather more crucially, you also get only one shot at it. “You get a child that is three months old with a cleft palate. If you don’t fix it perfectly the first time, that child is in for hell with revision surgery.”

Plastic surgery is becoming more common, partly because all reconstruction is now covered, at least in part, by your medical scheme. Even government hospitals have a plastic surgeon in attendance.

“Until a decade ago, cosmetic surgery was deemed to be for the fabulously wealthy and was probably more Caucasian. Now there’s a huge change in what I call aesthetic surgery for people of colour.”

But as it becomes more commonplace, the unrealistic expectations have grown.

Snijman says half the work of a plastic surgeon is counselling, to prepare patients for surgery and manage expectations. In part, it has become increasingly difficult to distinguish between reconstructive surgery and aesthetic surgery, he says.

“A woman will come in with a devastating diagnosis of breast cancer, potentially life-threatening, and within two to three weeks she’s more concerned about how her reconstructed boobs are looking than her dying. It shifts the whole focus,” he says. So he turns down many patients with unrealistic or bizarre requests and must carefully discern lies from the truth.

“What makes a plastic surgeon great is doing the correct operation for the patient at the correct time,” Snijman says. “We can get caught out at any one point in our careers — you get driven by money or a patient is not entirely honest with you.”

Though complications occur, as long as these fall under 4% of a surgeon’s work across the board, he is safely complying with global standards, according to Snijman.

Different countries are known as centres of excellence for different procedures — Brazil for body contouring on the buttocks, Colombia for female genital surgery and Germany for weight loss work.

“Asia Pacific is experimental,” Snijman says. “In SA we are conservative, very much on the British model. The standard dictum is: never be the first, never be the last,” he says.

“Don’t think you’re a hero because you’re the first one doing a procedure here. If that procedure hasn’t worked or stood the test of time, don’t be the last oke still doing it.”

When asked about the most bizarre requests he has received, he prefers to not answer directly. “Let’s just say some of the requests border on self-mutilation,” he finally says, through a grin.

In his practice about 70% of his work is purely aesthetic, including facial rejuvenation, face-lifting, boob jobs and tummy tucking.

In recent years his practice has experienced a hike in vaginal reconstruction surgeries, Snijman says.

Confidentiality is worked into the flow of practice. No-one lingers in the waiting rooms for too long and consultations are done behind closed doors. “Sometimes we don’t use patients’ real names when booking them into theatre,” he adds.

There are portraits of Snijman’s father and grandfather on the walls of his office, hinting that plastic surgery runs in his blood. The resemblance across the three generations is striking. Were it not for the weathered appearance of the older photographs, one could easily accept that it was the same person.

Snijman’s online reviews reflect a man who is loved by his patients. His sense of humour helps.

He does not run a fantastical chocolate factory, but is delighted that, like Willy Wonka, his job provides endless scope for experimentation.

“What excites me is the unpredictability and the fluid nature of my work. It’s the ideal combination of intellect, artistry, creativity, three-dimensional thinking and problem solving. It’s the most wonderful speciality. All of us feel incredibly blessed that we’re allowed to do it.”

← Plastic surgeons are not miracle workers Focus on Sunscreen Products →